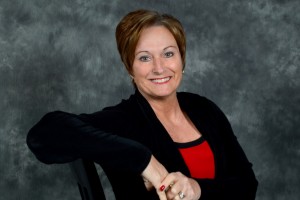 Yevette Jessen is a coach who has experienced all aspects of the real estate business. Her career began in 1978 as an office administrator and company controller, giving her the skills to help agents and brokers understand what is needed to be “profitable”. Yevette then entered the world of salesperson, quickly rising to become one of the top agents on the team for each year that she was in sales. She approached sales as problem solving, not selling.

Due to her success as an agent, she was given her own office of 35 associates to manage in 1995. As manager, she was responsible for recruiting, training and motivating the team of agents. She quickly expanded her sales team to 55 agents, and was recognized for tripling office revenue in just one year.

She was a guest speaker at an International Business Conference in 1996 on Systems for Success. In 1997, she was promoted to a District Manager, where she was responsible for hiring and training managers, as well as company acquisitions and the development of new training materials for agents.

Managing and training agents is a passion for Yevette. It’s that passion that allowed her to take over a struggling office, and build it to 65 productive sales associates. She was awarded #1 office in Overall Performance 2004, 2005, 2006. IN 2010. Yevette opened her own company and feels the biggest point of differentiation between her company and any other office in her area is her ability to coach agents to their goals. “If you truly care about the success of your agents, they will break through any barrier relative to the law of limited performance.”

Her love of coaching and her desire to see others succeed let Yevette to complete an extensive program through Integrity Coaching Systems , where she became a Certified Real Estate Coach. She taught fellow office managers and department heads the coaching program to use with their respective employees and sales agents to make certain all in the organization realized their personal and professional goals.

Yevette believes that coaching, training and building a fun environment are the reasons she has been successful in every office she’s managed. Her motto is simple – Have fun, work hard and make a profit. When everyone works toward the same goal, everyone wins. To inquire about having Yevette as your coach, please call 1-630-402-0898.